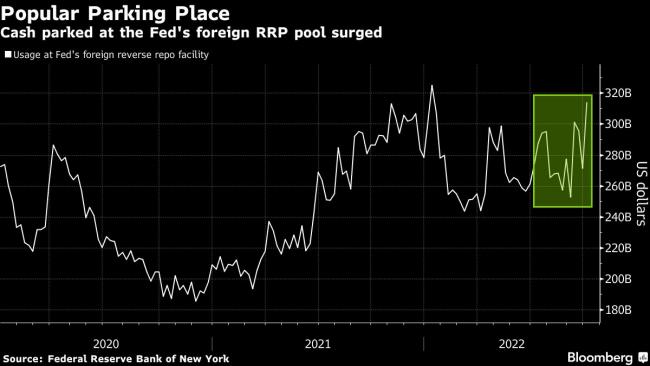 (Bloomberg) — Central banks around the world are swapping their stockpiles of US Treasuries for cash — just in case they need to intervene in markets to bolster their currencies.

Foreign monetary officials purged $29 billion in Treasury securities in the week ended Oct. 5, bringing the four-week decline in holdings to $81 billion, according to Federal Reserve data. It’s the most-extreme outflow since the beginning of the pandemic in March 2020, leaving total holdings at $2.91 trillion.

With the US dollar stronger than ever and recession risk rising, it’s little surprise that central bankers are stocking their cash coffers. Policy makers from Tokyo to Santiago have already stepped into foreign-exchange markets to prop up their currencies with improvised solutions, such as selling dollars directly into the market.

Still, “much of the foreign official selling in September appears to have been precautionary,” Wrightson ICAP (LON:NXGN) economist Lou Crandall wrote in a note to clients, citing an uptick in the amount of cash foreign institutions are storing at a key Fed facility.

As foreign Treasury holdings declined, central banks have been boosting the amount of cash they park at the Fed’s foreign reverse repurchase agreement facility, according to US data. They added $61 billion in the same four-week period of shrinking Treasury caches.

It “suggests that they want to build up their cash position potentially for the purpose of defending their currencies,” said Alex Etra, a senior strategist at Exante Data Inc.

In Southeast Asia, foreign reserves have been declining as a surging dollar spurs asset revaluations and adds selling pressure on local currencies. Reserves for Malaysia and Indonesia fell in September to levels last seen in 2020, while Thailand’s stockpile slipped to a five-year low, making it the latest country in emerging Asia to see its buffers weakened. 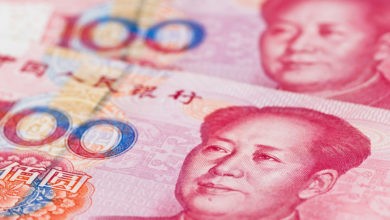 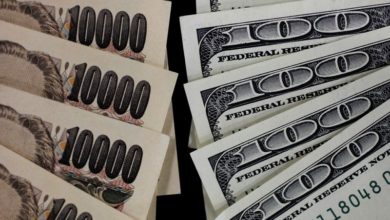 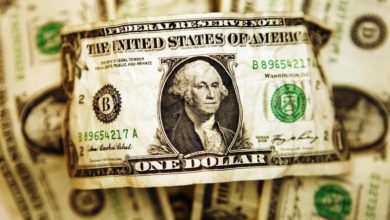 Dollar steadies in calm before CPI and central bank storm