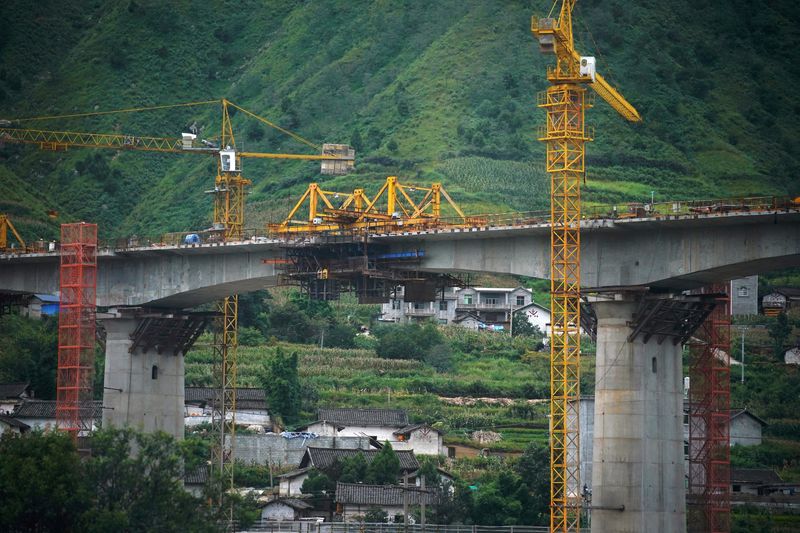 BEIJING (Reuters) — China’s fiscal revenue growth picked up pace in September from a month earlier, according to Reuters calculations based on official data on Tuesday, but declining government land sales revenue signalled deepening weakness in the property sector.

For September alone, fiscal revenue grew 8.4% from a year earlier, faster than a 5.6% gain in August, according to Reuters calculations based on the finance ministry data.

Fiscal revenue grew 4.1% in the first nine months, after adjusting for the impact of value-added tax credit rebates, exceeding a 3.7% rise in the first eight months.

January-September revenue before the adjustment dropped 6.6% to 15.3 trillion yuan ($2.09 trillion).

By contrast, the slumping land sales raised concerns over a meaningful rebound of the embattled real estate sector despite government policy support to revive the housing industry, which accounts for a quarter of China’s economy.

Government revenue from land sales fell 26.4% year-on-year in September after a 4.9% drop in August, according to Reuters calculations based on official data, weighed on by still-stretched financing conditions for developers and weak property market sentiment.

As China eyes an infrastructure push to shore up the economy, fiscal expenditure rose 6.2% to 19.04 trillion yuan in the first nine months, according to the finance ministry.

But spending growth in September slowed to 5.4% from 5.6% in August, according to Reuters calculations based on official data.

(This story has been corrected to change a reference to GDP from revenues, in the 3rd paragraph )