WASHINGTON (Reuters) — Highly sensitive intelligence on Iran and China was in some of the documents recovered by the FBI during an August search of former U.S. President Donald Trump’s home in Florida, The Washington Post reported on Friday, citing people familiar with the matter.

They included secret documents that described intelligence work regarding China and at least one of them described Iran’s missile program, the report said, adding that the documents were considered to be among the most sensitive in the materials seized by the FBI.

The release of information in these documents would pose multiple risks, including endangering people helping U.S. intelligence efforts and compromising collection efforts, the newspaper cited experts as saying.

The U.S. Justice Department is investigating whether Trump broke the law by taking government records, including about 100 classified documents, to his Florida estate after leaving office in January 2021.

The department is also looking into whether Trump or his team obstructed justice when the FBI sent agents to search his home, and has warned that more classified documents may still be missing. 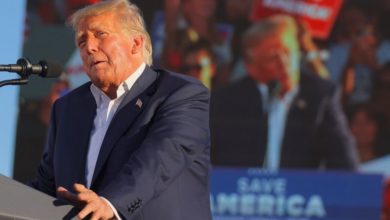 Jan. 6 panel to vote on whether to subpoena Trump -NBC News