The one-step-forward-two-steps-back that is China oil demand along with uncertainty over how much longer the US Federal Reserve rate-hike engine will run could pause the upward move in crude prices this week. 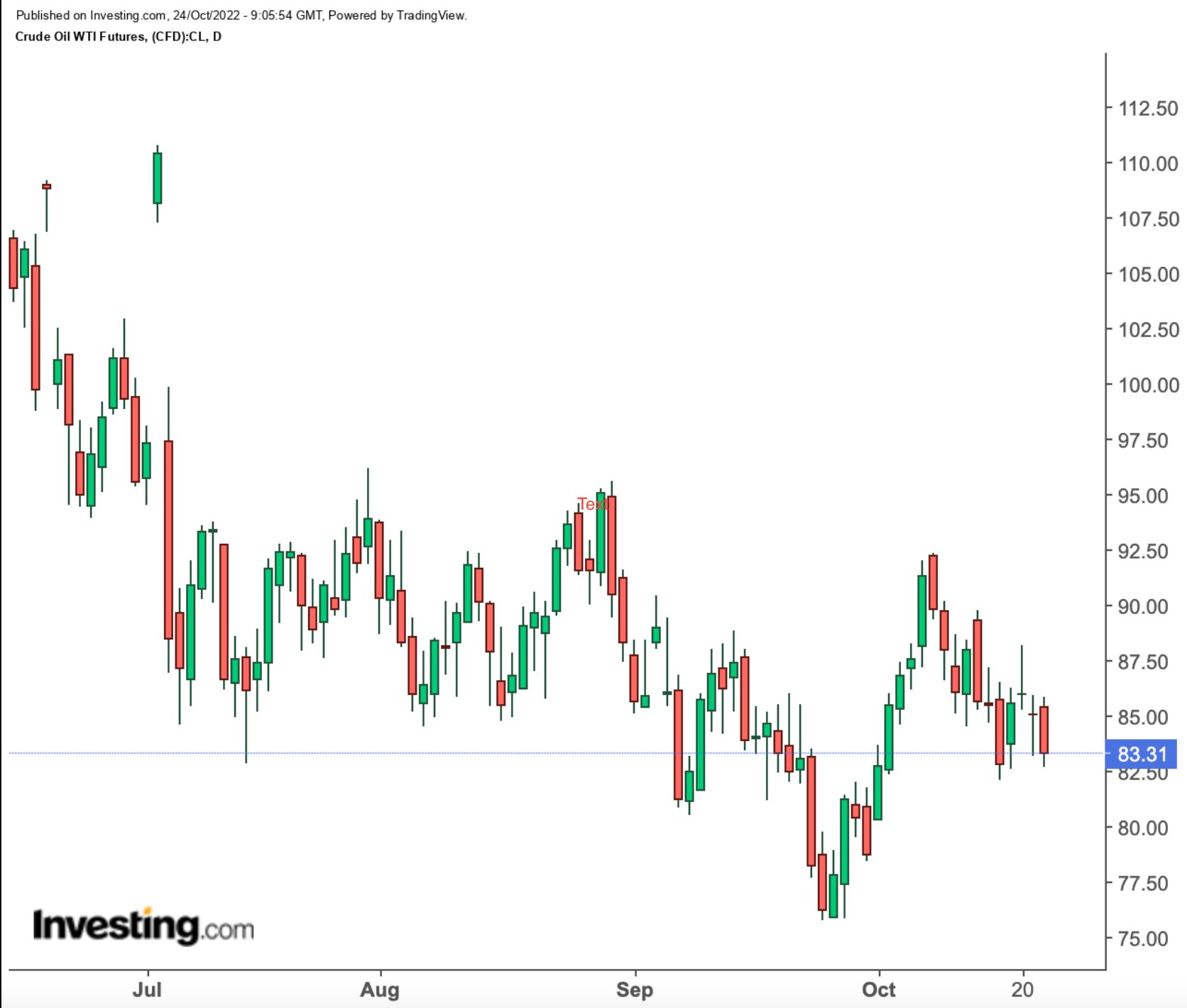 Since OPEC+’s 2 million barrels per day (bpd) production cut pledge three weeks ago which sent crude prices soaring 17% in just a week, bulls in the space have barely gotten anywhere. And one good reason for that is China.

From yes-we-are-back-to-business-as-usual to no-we-are-closed-again-for-COVID, China’s flip-flops over coronavirus lockdowns have been an anathema for crude traders seeking demand clarity from the world’s largest oil importer.

China’s role in making life tougher than it should probably be for oil longs was evident again on Monday after Beijing released much-delayed trade data that showed demand remaining lackluster in September as strict COVID-19 policy and fuel export curbs depressed consumption.

Uncertainty over China’s zero-COVID policy and property crisis loomed despite better-than-expected growth in the country’s third-quarter GDP, undermining the effectiveness of pro-growth measures, ING analysts said in a note.

The data came a day after China’s Xi Jinping secured a precedent-breaking third leadership term on Sunday, cementing his place as the country’s most powerful ruler since Mao Zedong.

Analysts at Australia-New Zealand bank ANZ expressed their disappointment in a comment carried by Reuters that independent refiners in China—the backbone of the country’s oil consumption—failed to utilize increased quotas amid ongoing lockdowns weighing on demand.

The decline in Chinese demand was «exacerbated by falling refinery margins and product export curbs,» the ANZ analysts said.

The other major weight on crude prices over the past three weeks has been the Fed and the duration and intensity of its rate hikes. Here, the central bank itself is quite clear on what it wants: Inflation either goes back to 2% from 8%, or rate hikes will continue. It’s the traders who keep the market swinging from one end to the other with incessant speculation on whether the Fed is likely done hiking and how bad—or benign—it will be in the next round.

Case in point: Fresh speculation on Friday that the Federal Reserve would slow or stop rate hikes altogether by next year, despite the central bank not giving any indication it will not back off till it had the runaway US inflation under control.

The long oil crowd has been hopeful of recapturing crude’s aggressive upward momentum from March when WTI breached just over $130 and Brent virtually struck $140. Bets have been heavy that December would be the month for that, when a G7 price cap on Russian oil comes into force, further squeezing global supply.

Yet, a Reuters report on Friday suggested that Russia was in a position to largely skirt the price cap, with enough tankers to ship most of its oil despite arduous US efforts to restrict passage for such shipment in order to curb Moscow’s wartime revenue.

The report led to swings in both Brent and WTI as traders also pondered about the Fed’s forthcoming rate hike on Nov. 2, aside from concerns about a US recession and whether China would be open for business as usual after this with fewer COVID lockdowns.

On the data side, the United States is to release a first look at third quarter GDP on Thursday, with the economy expected to have expanded at an annualized rate of 2.1% after two consecutive quarters of contraction in the first half of the year.

The economic calendar also includes data on the Fed’s favored measure of inflation, the core personal consumer expenditure index, along with data on personal income and spending. Investors will also get data on durable goods orders, initial jobless claims, consumer confidence and reports on the housing market in the form of figures on both new and pending home sales.

Fed policymakers will enter their traditional blackout period ahead of their upcoming meeting on Nov. 1-2 when they are all but certain to hike interest rates by 75 basis points for a fourth-straight time.

Also on the rate hike front, a second 75 basis point rate hike by the ECB on Thursday looks like a done deal despite the looming prospect of recession in the euro area as Russia’s war in Ukraine stokes an energy crisis that is driving up inflation and hitting growth.

With euro area inflation at almost 10%, well above the ECB’s 2% target there’s little appetite to slow down now, even if recession risks are rising.

Ahead of Thursday’s policy meeting October PMI data on Monday will show whether the euro area slid further into contraction territory at the end of the third quarter.

Meanwhile, revised third-quarter GDP figures on Friday are expected to show evidence of slowing growth in France and a contraction in Germany. 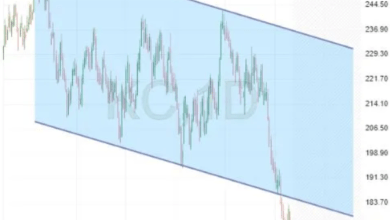 Don’t Expect a Big Correction in Gold and Gold Stocks 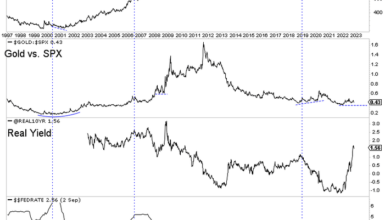 Ingredients For Major Bottom In Gold