Cotton is headed for a fifth month in the red out of six and could finish the year as the third worst-performing commodity due to recession fears.

Six producers, five importers, and four exporters dominate the world cotton market, and while Pakistan still features in the first two out of three categories, the devastation of the country’s cotton crop seems to have had little effect on the international markets, BR Research noted in a recent focus. 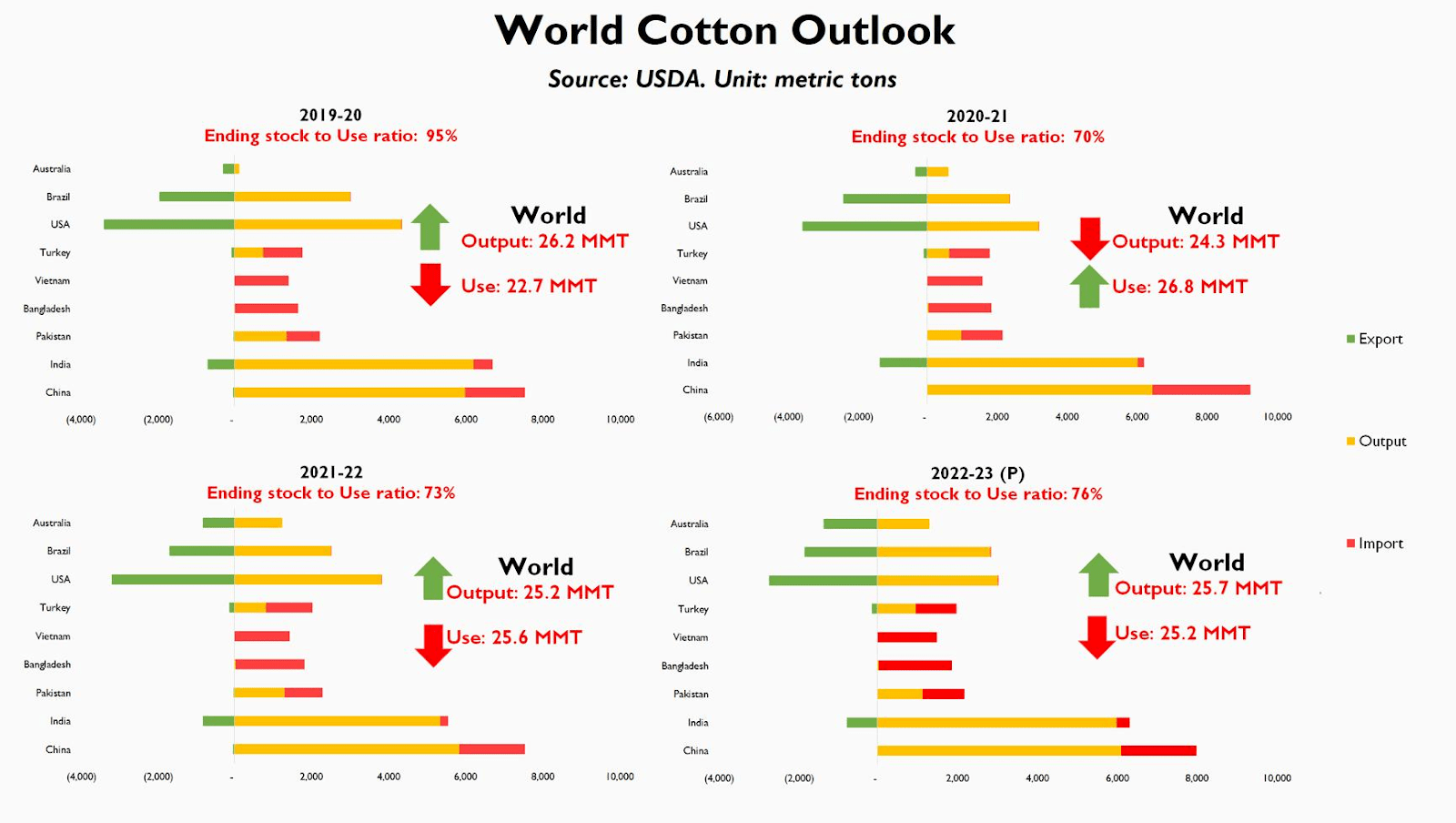 Jack Scoville, head of cotton and other crop research at Chicago’s Price Futures Group, concurred with that view in a blog post:

The American economy could land in a 1990-style, mild recession by spring next year as unyielding inflation and the Federal Reserve’s response of jumbo-sized interest rate hikes come to a head, Fitch Ratings said in a report Tuesday.

Fitch slashed its US growth forecasts for 2023 and 2024, citing one of the most aggressive inflation-fighting campaigns in the Fed’s history. US Gross Domestic Product is forecast to grow by 0.5% next year, versus its June forecast of 1.5%, Fitch said.

High inflation will «prove too much of a drain» on household income next year and shrink consumer spending to the point it causes a downturn by the second quarter, Fitch added.

The Fitch forecast came on the heels of projections by Bloomberg economists on Monday that a US recession is effectively certain over the next year.

Investors, economists, and business leaders have warned for a while that the world’s largest economy was on the verge of a downturn—just 2.5 years after the last recession that broke out with the coronavirus pandemic in mid-2020.

Cotton prices, which hit 18-month lows of under 82 cents per lb on ICE Futures US nearly two weeks ago, are projected to fall to 70 cents, BR Research said in a fundamental read of the market. This marks the certain end of the rollercoaster ride that lasted for over two years.

Cotton prices rose from the ashes after the COVID bottom (April 2020), climbing almost three times over the following 25 months.

But with five of the last six months in the red, cotton is down 27% on the year now. Only lumber and oats have annual losses that are greater than cotton now, at 54% and 42%, respectively.

Cotton is one of the most vulnerable commodities in times of economic apprehension.

Usually, when economists begin cautioning about a recession, one of the first impacts we see is a reduction in cotton consumption.

The relationship is quite simple: When times are tough, clothing and furnishings become discretionary. People will put off buying new garments until times are better; corporations may delay refurbishments that include new rugs, drapes, and fabric-based furniture.

All these make cotton more sensitive to an economic slowdown than any agricultural commodity, said Price Futures Group’s Scoville.

With cotton production falling short of forecast, the market has responded with «sideways to lower prices,» Scoville noted.

For decades, cotton has been the foundation of many home and office furnishings products—sheets, towels, bedding, upholstery fabrics, and rugs, to name a few.

That could change as the production crisis in the commodity worsens, said Warren Shoulberg, a furnishings industry academic who has taught at the Columbia University Graduate School of Business.

The BR Research’s focus on cotton observed that the monsoon flooding that hit Pakistan’s farms did slow cotton’s mighty fall in its tracks between August and September, but the steep decline has since resumed.

Over the last six weeks, ICE cotton futures have fallen by 21%.

The monthly crop update from the US Department of Agriculture (USDA) has shattered all hopes of recovery for cotton.

World cotton output during the 2022-23 marketing year was at its highest in at least three years, with a stock-to-use ratio of 76%—the highest since at least 2015-16, the USDA noted.

This effectively means that world cotton demand is expected to fall to its lowest in seven years, minus the unusual slowdown during the pandemic year.

«USDA is of course not alone in spelling doom. Retail chains across [the] USA are announcing once in a decade discounts and sales on apparels and textile, portending the slowdown projected as the Fed tightens the screws on the economy.»

«That means Pakistan may witness slower than expected demand for imported cotton, despite the loss of local crop to floods. Although that might mean good news for the import bill, the snowball effect for [the] export value chain could more than offset any gains.»

So, what are the odds of a cotton price rebound in the near term?

According to Sunil Kumar Dixit, chief technical strategist at SKCharting.com, if buying emerged from the lows, a rebound toward the confluence zone of the weekly middle Bollinger Band of $1.0067 would be the first phase, followed by the 100-week Simple Moving Average (SMA) of $1.0113.

The next upside would be the 50% Fibonacci level of $1.0205 which could happen over an extended period of time.

«This recovery is subject to prices making a sustained break above $89.33,» said Dixit.

«The 50-month EMA $90.08 acts as resistance and RSI sits below neutrality,» Dixit said, referring to the Exponential Moving Average and Relative Strength Indicators.

«Prices are currently below the 61.8% Fibonacci retracement level of 89.33 cents, which acts as resistance.»

Oil Perilously Perched Ahead of NFP 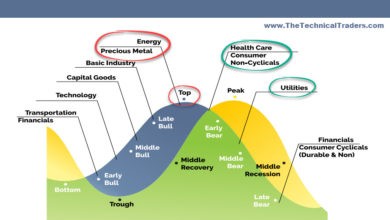