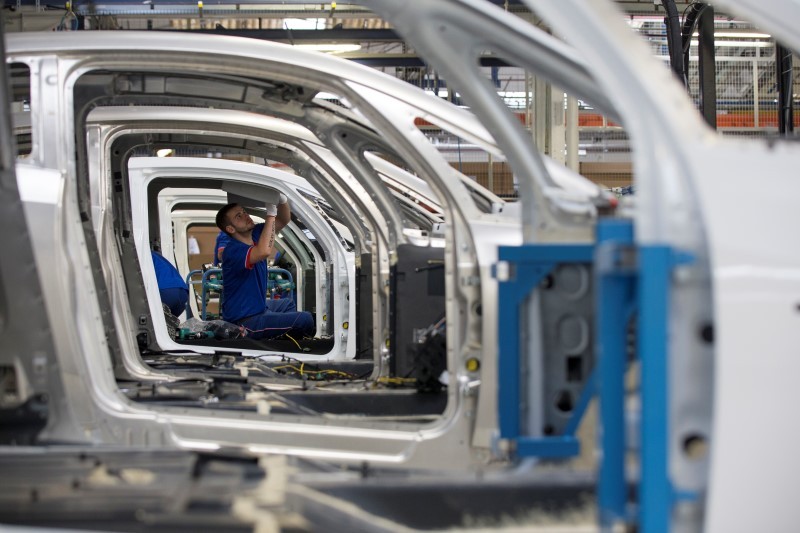 Investing.com — A slowdown in Eurozone business activity intensified in October, hitting its lowest level in 23 months, as soaring cost inflation and fears over a looming economic recession weighed on both the manufacturing and services sectors.

S&P Global’s flash composite purchasing managers’ index for the currency bloc dropped to a reading of 47.1, down from 48.1 in September and below economists’ estimates of 47.5. A level below 50 indicates contraction.

Manufacturing firms led the downturn, with factory output slipping at a rate not seen since 2012, when not factoring in the period impacted by COVID-19 lockdowns. The services industry also fell for a third consecutive month.

On a country basis, Germany — the area’s largest economy — saw a particularly steep slide, touching its weakest mark since May 2020, while activity in France stalled.

“The eurozone economy looks set to contract in the fourth quarter given the steepening loss of output and deteriorating demand picture seen in October, adding to speculation that a recession is looking increasingly inevitable,» said S&P Global Market Intelligence chief business economist Chris Williamson in a statement.

He added that elevated commodity prices will likely strengthen the European Central Bank’s resolve to further hike interest rates in the coming months despite «some growing discomfort» over how this aggressive policy tightening could magnify other existing economic headwinds.

ADP private payrolls rose 235,000 in December, much more than expectexd