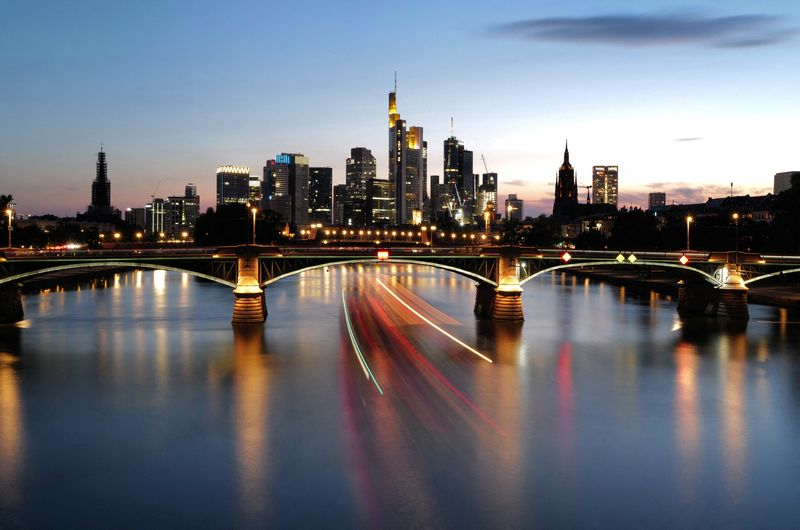 The sun sets behind the skyline of Frankfurt, Germany, July 5, 2022. REUTERS/Kai Pfaffenbach/Files

BERLIN (Reuters) — German investor sentiment was less pessimistic than expected in October, even as the view of the current economic situation left little room for optimism following a tumble in confidence the month before.

The ZEW economic research institute said on Tuesday its economic sentiment index grew slightly in October, to -59.2, from -61.9 in September, beating a forecast by analysts polled by Reuters of a reading of -65.7.

In contrast, the institute’s current conditions index fell by 11.7 points in October to a reading of -72.2.

Price brakes announced for gas and electricity are helping to stabilise sentiment, said Dekabank analyst Andreas Scheuerle, but the fact that they have yet to take effect explains the deterioration in how the economic situation is assessed.

Based on a proposal from an expert commission, the German government will give households and small and medium businesses a one-off payment worth one month’s gas bill this year and will then impose a mechanism to limit prices from March.

But overall, the «economic outlook has deteriorated again,» said ZEW President Achim Wambach, who warned that the probability of gross domestic product declining in the next six months has increased considerably, a sentiment echoed by analysts.

«Despite the gas price brake, the energy crisis is not off the table and the global situation is serious,» said Alexander Krueger, chief economist at Hauck Aufhaeuser Lampe private bank, who added: «The economy is on a recession course.»

In its forecast released this month, the German government foresees economic growth of 1.4% this year and contraction of 0.4% next year.

ZEW’s indicators for euro zone sentiment and assessment of the current conditions mirrored Germany’s, with sentiment up slightly in October and the situation indicator falling sharply.

French inflation in December eased back to 6.7% — INSEE 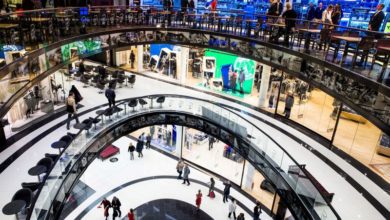