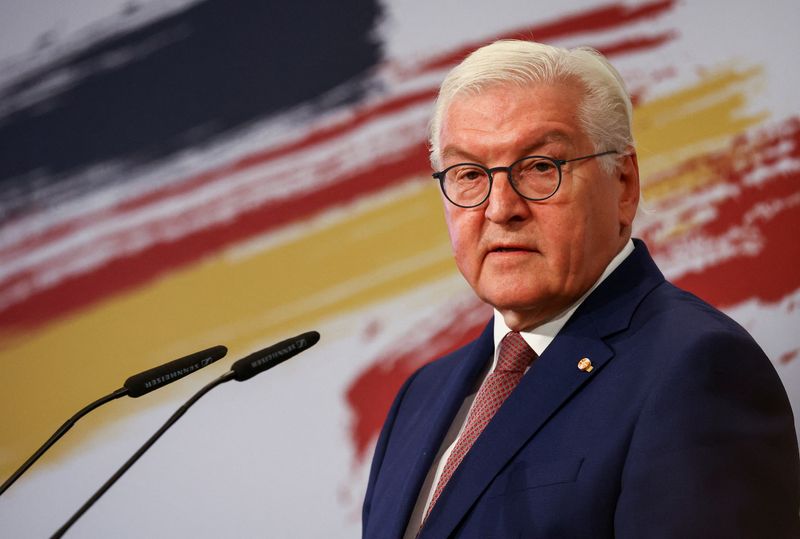 BERLIN (Reuters) -German President Frank-Walter Steinmeier has called off a planned visit to Kyiv on Thursday for security reasons, his office said on Wednesday.

An official from his office said that security authorities in Germany and the foreign ministry had advised Steinmeier not to go but that the visit would be rescheduled soon.

The president in Germany holds a largely ceremonial role. He had planned to visit the Ukrainian capital in April but Kyiv initially declined to welcome him due to unease about his past support of rapprochement with Russia.

Since then, the diplomatic rift has been mended.