Despite the growing chance of a global recession, cocoa prices have managed to pull away from 3-½ year lows as holiday season demand turns confectioners toward the world’s main commodity for treats.

But crop-friendly weather, an abundance of supply and renewed economic concerns could still bring fresh pressure upon a raw material viewed as luxury in most parts of the world—despite humanity’s historical affinity to chocolates in times of stress.

Like all raw materials, cocoa goes up and down in price based on its production; in this case, its beans.

But cocoa’s value is also determined by something else—the amount of beans that get ground each quarter by confectioners in North America, Europe and Asia, who together account for the demand of chocolate and other treats made from the commodity.

What also makes cocoa unique is the higher the quantity of its ground products—i.e. cocoa butter, powder and liquor—in the market, the higher the price of the primary commodity itself. This is different from, say, refined oil products like gasoline and diesel which would drop in value from a supply glut that would also likely weigh on the crude oil price itself.

Cocoa fell 19% in March 2020 during the first global outbreak of COVID-19. But it managed to end that year almost in the flat on the back of the global economic recovery from the pandemic. Last year, cocoa rose just over 3% while this year so far, it is down more than 10%.

“Supplies of cocoa are as large as they will be now for the rest of the marketing year. Good production remains a concern and traders are worried about the world economy moving forward and how that could affect demand.”

“Prices are struggling below major moving averages on the monthly chart, while the  Relative Strength Index and Stochastics continue to send bearish signals,” said Dixit.

For cocoa prices to truly emerge from the woods, longs in the space need to overcome $2,420 as their initial challenge, followed by the 200-month Simple Moving Average of $2,515, added Dixit.

“What we are seeing instead is a consistent distribution below $2,420 should be seen as a bearish mood willing to retest swing low $2,195 and drop further to $2,092 horizontal support.”

McKeany-Flavell, a commodities broker in Lafayette, California, reports that although some regions of the world continued to experience solid growth in cocoa grind numbers through the 2021/22 season, the main two centers, North America and Western Europe, showed weakness in the third quarter.

“The problem child, as far as global cocoa grind numbers are concerned, has been the North American market. In Q3, bean grind fell by 3.4% across the US, Mexico, and Canada.”

“For all of 2021/22, North American grind fell 3.4%. It is always important to step away from the individual trees to see the entire forecast: With all major regions reporting, that leaves the world with a grind growth of 1.6% in 2021/22.”

The US economy could land in a 1990-style mild recession by spring next year as unyielding inflation and the Federal Reserve’s jumbo-sized interest rate hikes come to a head, Fitch Ratings said in a recent report.

McKeany-Flavell notes that Western Europe was the first region to report cocoa grinds for Q3 showing a drop of 1.6% in beans crushed vs. Q3 2021. This is the first negative result in nearly a year and a half for the region and may be foreshadowing a marked slowdown in consumption ahead.

Looking into next year, European grind could underperform with flat to negative results in 2022/23. Grind growth will certainly be substantially below that seen in the past two crop cycles. Many analysts may be mistakenly still basing their surplus/deficit forecasts on continued robust grind in 2022/23.

Meanwhile, Malaysia and Asia grind results continued to impress, up 15% and 9.5%, respectively. Asia ended the crop year with robust grind growth of 5%. However, another way to see this is that the bar to beat next year is very high and that grind could fall somewhat short of expectations. 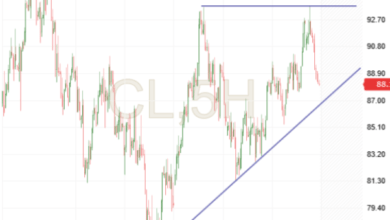 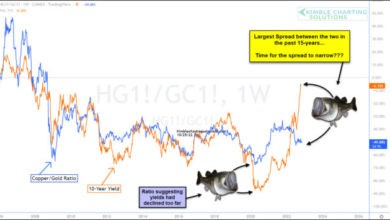 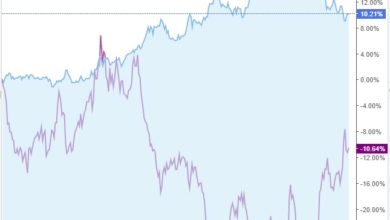 Chart of the Day: Silver Blinks in Confusion Over Interest Rate Path 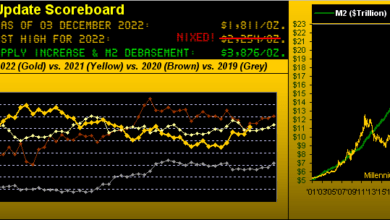 Gold and Silver Get on the Gas