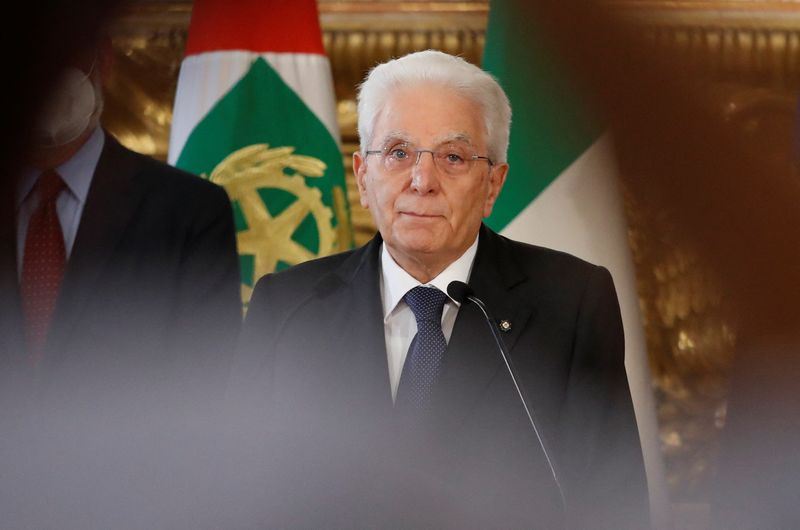 ROME (Reuters) -Consultations on the formation of Italy’s new government, which is widely expected to be led by nationalist leader Giorgia Meloni, will be held on Oct. 20 and 21, President Sergio Mattarella’s office said on Wednesday.

Under the constitution, Mattarella has to consult with all the main political party leaders before he can invite the election winners to form an administration.

Salvini said earlier on Wednesday that he expected the new cabinet would be sworn in some time between Saturday and Monday and that it would formally take office on Oct. 26 after winning an obligatory vote of confidence in parliament.

Meloni’s Brothers of Italy party took the most seats in the Sept. 25 ballot, meaning that she should get to head the new government.

But despite winning a convincing majority, behind-the-scenes negotiations to put together a cabinet have proved more difficult than expected, with Berlusconi in particular furious over Meloni’s refusal to satisfy his demands over key posts.

The new government will replace one led by Prime Minister Mario Draghi and will have to cope with rising inflation and concerns over energy supplies heading into winter.

Mattarella’s office said the president would see opposition parties on Thursday and will meet the leaders of the conservative bloc on Friday morning.

Biden has ‘no regrets’ about timing of classified documents disclosure

What we know about the Biden documents: A timeline