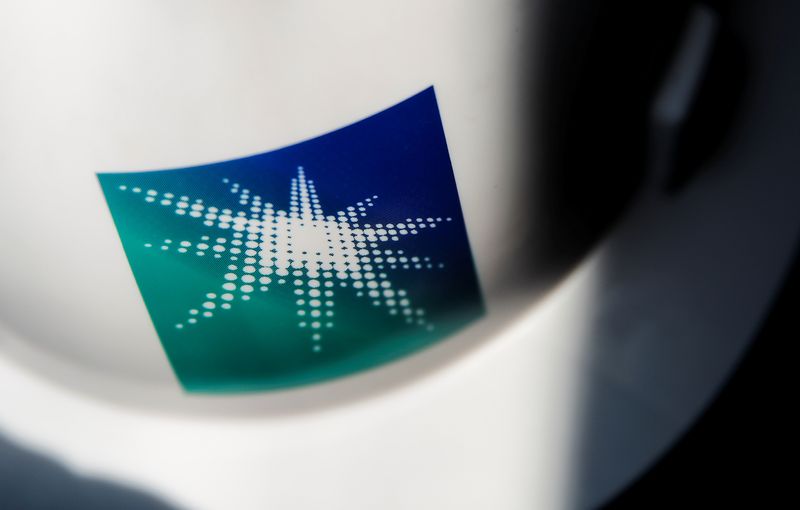 A helmet with logo of Saudi Aramco is pictured at the oil facility in Abqaiq, Saudi Arabia October 12, 2019. REUTERS/Maxim Shemetov/Files

«The current transition plan is flawed honestly. It is not really delivering. What we need is an optimal, realistic transition plan,» Aramco CEO Amin Nasser told a business forum, where he announced the new fund managed by Aramco Ventures.

The Aramco sustainability fund would target investments globally, with initial focus on areas including carbon capture and storage, greenhouse gas emissions, as well as hydrogen, ammonia and synthetic fuels.

While the global economy faces a «very difficult six months», Jadaan said, the outlook for Gulf oil producers was «very good» and remain so for the next six years.

«In the region… we are investing as much in conventional energy but also investing in climate change initiatives,» he added.

The Future Investment Initiative (FII) forum, which began on Tuesday, held an auction of 1.4 million tonnes of carbon credits in which 15 Saudi and regional entities participated. Aramco and two other Saudi firms were the top purchasers, a statement said.

Jadaan said global collaboration was needed to bring about stability and Gulf states would help countries in the wider region dealing with a difficult economic outlook.

The six companies will target investments of up to $24 billion, it said, in sectors including infrastructure, real estate, mining, healthcare, agriculture, manufacturing and technology.

Bahrain’s Finance Minister Sheikh Salman bin Khalifa Al-Khalifa said Gulf countries needed to build their production and export capabilities, since the majority of their non-oil GDP was currently built on consumption and imports.