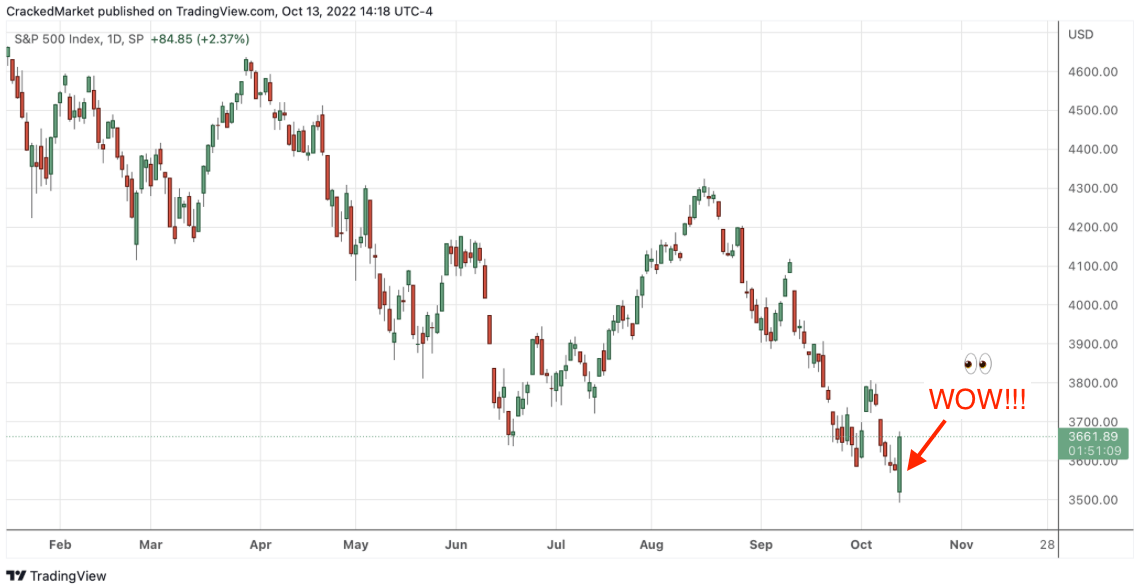 Well…that was unexpected. People predicted a lot of different outcomes for Tuesday’s session following the monthly inflation report, but I guarantee no one saw a -2% open in the S&P 500 turning into a nearly +3% finish.

The bulls saw the early tape move against them and bailed out before things got worse. And just when bears thought everything was going their way, the market stole all of their profits and left them with a black eye instead.

Everyone was right and somehow, most people still managed to lose money. Funny how that works.

Lucky for me, I wasn’t trying to game the inflation report. As I wrote Wednesday evening:

I fully expected to give up some profits by missing the opening move, either higher or lower. But that’s the price I was willing to pay for a lower-risk trade. What I didn’t expect is that sitting on the sidelines Thursday morning would allow me to make even more money!

I came into Thursday with a bullish bias simply because stocks were at the lowest levels of the year and bears had a much higher bar to clear to extend the selloff than bulls had to trigger a relief rally on “less bad than feared”.

Premarket futures proved my optimism wrong and I was glad I didn’t follow my bullish bias.

Lucky for me, I didn’t run for the bunkers after the open like everyone else. Big gaps tend to bounce because large institutions often disagree with overnight futures. And as it turned out, Tuesday was one of those days. Rather than abandon ship when the inflation report was largely in line with the previous reports, big money looked at those opening discounts and couldn’t resist the temptation to snap them up. And that was the moment everything turned around.

As for my personal positions, when the early weakness failed to trigger a follow-on wave of selling, that was my signal to buy the early stability with a stop under the opening lows. (Start small, get in early, keep a nearby stop, and only add to a trade that’s working.) And when prices started rallying, that told me to keep adding more and lifting my stops.

I would have been thrilled with a -2% open turning into a -0.5% finish. That’s a great trade and a very bullish reversal. But once these fevers break, there is no telling how far they can go. After a month of non-stop selling since the September highs, that rubber band was stretched too far and it was ready to snap back. Thursday’s capitulation and subsequent rebound was all we needed for those tardy dip buyers to finally show up and save the day.

I knew Thursday was going to be important, but I never expected it to be this dramatic. At this point, there is nothing to do other than keep holding on and lifting our trailing stops. The market likes symmetry and the next rebound will be as dramatic as the selloff from the September highs. 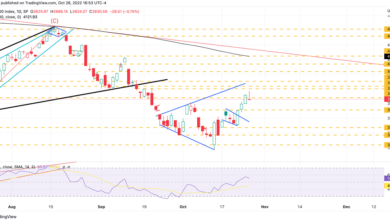 Stocks Drop As The Bear Rises Ahead Of The ECB And U.S. GDP 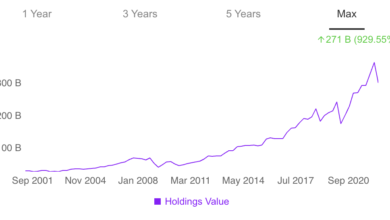 Buffett Keeps Buying: An Updated Overview Of The Oracle Of Omaha’s Portfolio