Investing.com — U.S. factory output rose more than expected in September, as the supply chain bottlenecks that dogged the industry earlier in the year continued to ease.

Industrial output rose 0.4% from August and was up 5.3% on the year, the Federal Reserve said, while manufacturing output also rose 0.4%. August’s manufacturing number was also revised upward to show a 0.4% gain, rather than the 0.1% initially reported.

The numbers are a fresh illustration that most of the U.S. economy is running hot by any historical measure. The rate of capacity utilization across the country’s factories rose to 80.3% from 80.1%, matching a 13-year high that it hit earlier in the year.

The Fed said that output of construction supplies rose the most of any sector, gaining 1.1% on the month, while output of consumer goods grew a more sedate 0.6%.

The report suggested that industry has, so far, taken the Federal Reserve’s monetary policy tightening largely in its stride.

However, one sector where Fed rate hikes are having an unmistakable effect is the housing sector, where a closely watched survey indicated that the slump in activity had gotten worse during the last month. The National Association of Home Builders’ housing market index fell to 38 in September, its lowest since the early days of the pandemic and well below expectations for a reading of 43.

Applications for home loans have fallen for eight of the last nine weeks, according to data from the Mortgage Bankers Association, as 30-year borrowing rates have rocketed to their highest since 2002. 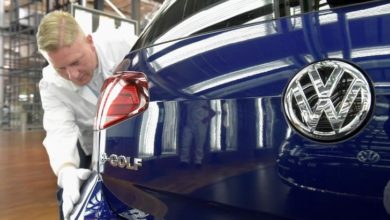