US producer prices rose 0.4% m/m, stronger than 0.2% as expected. The annual inflation rate remains on a slowing trend at 8.5% in September compared to 8.7% a month earlier. 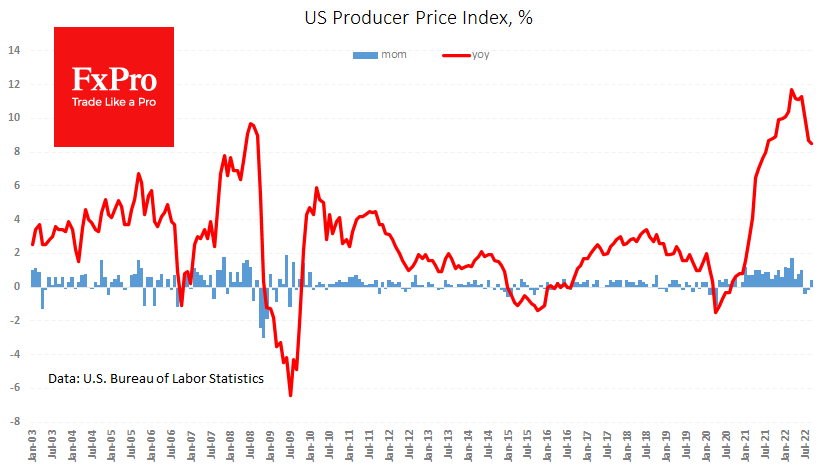 US producer prices slowed to 8.5% y/y

The core price index slowed from 7.3% y/y to 7.2%, although no change was expected. A higher-than-expected producer price trajectory often leads to higher consumer price inflation. Thus, traders can now expect a higher than 8.1% y/y growth rate from tomorrow’s publication.

Although inflation is clearly on the trajectory desired by the markets and the Fed, its deceleration is slower than expected. Another positive surprise from inflation is fuelling speculation that the US central bank will raise the interest rate by 75 points for the fourth consecutive time in early November. 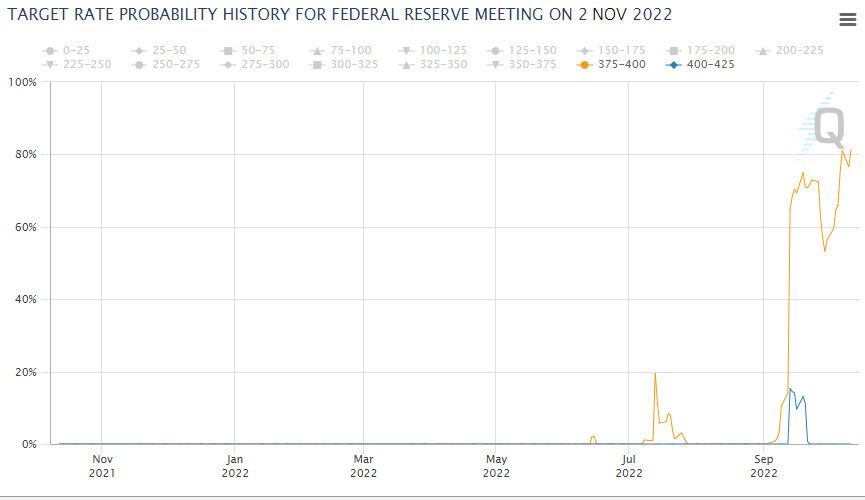 According to CME’s FedWatch tool, the rate futures market estimates the chance of this move at 83.3% — slightly higher than previous peaks after the jobs report was released last Friday.

In our view, the report is neutral, and much of the expected tightening is already embedded in exchange-traded asset prices. Nevertheless, this is hardly a reason for complete complacency ahead of tomorrow’s CPI report.

EUR/USD Indecisive Near a Key Level