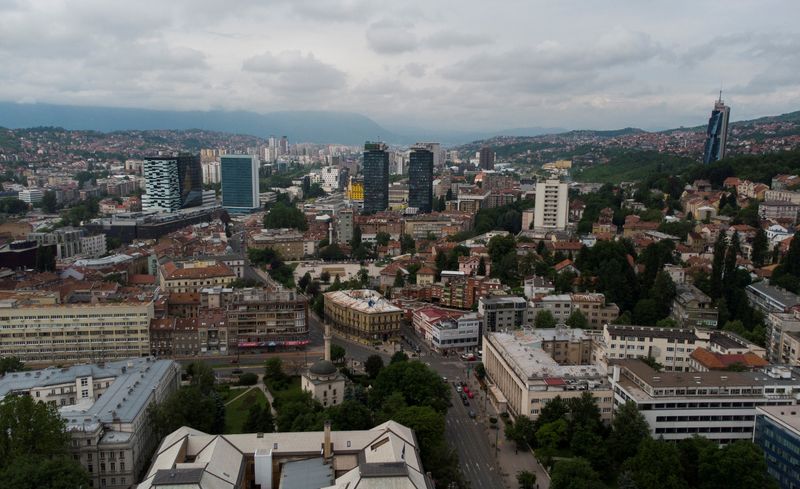 SARAJEVO (Reuters) — The World Bank on Monday rose its 2022 forecast of economic growth for six countries of the Western Balkans to 3.4% from 3.1% previously but warned it was still impacted by the war in Ukraine and resultant inflation and slowdown in global growth.

Economic growth driven by private consumption and investment proved to be robust in the first half of 2022, while employment reached historical highs and now averages 46%, a 3-percentage point increase over mid-2021 with services contributing to the job market recovery, the bank said in a regional report.

«While growth in the first half of 2022 proved to be relatively robust, it is clear that the region is now heading into another storm,» said Sanja Madzarevic-Sujster, the World Bank Senior Economist.

Higher energy and food prices have pushed inflation to levels unseen for many years, eroding purchasing power and business confidence. Food inflation reached as much as 25% in Bosnia, Montenegro and North Macedonia, the report said.

Also, the labour market is beginning to cool, with employment slowing amid the high inflation and increased uncertainty.

The bank warned of a possibility that a number of the poor in the region may rise by 13% due to higher food and energy prices unless governments act to cushion the severity of price shocks.

Policymakers should push reforms that would boost medium-term growth at limited fiscal costs, including measures to increase the level of market competition, remove entry barriers to business and increase retention and reinvestment among foreign investors, the report said.

Most Chinese provinces set growth targets of above 5% in 2023