Rates have been rising, and rates for the 2-year Treasury may be about to surge. It was abundantly clear from the Jackson Hole Economic Symposium that there will be no dovish pivot, which means that rates will rise much further and be held at those elevated levels until inflation comes down to the US Federal Reserve’s targeted 2% level.

It could mean that the 2-year Treasury will surge to around 4% over the next few months. Based on the FOMC projections from the June meeting, Fed officials had seen rates rising to 3.8% by the end of 2023. But listening to some Fed officials over the past couple of weeks, some now see the overnight rate rising to over 4%.

The Fed Could Pull 2-Year Rates Up To 4% 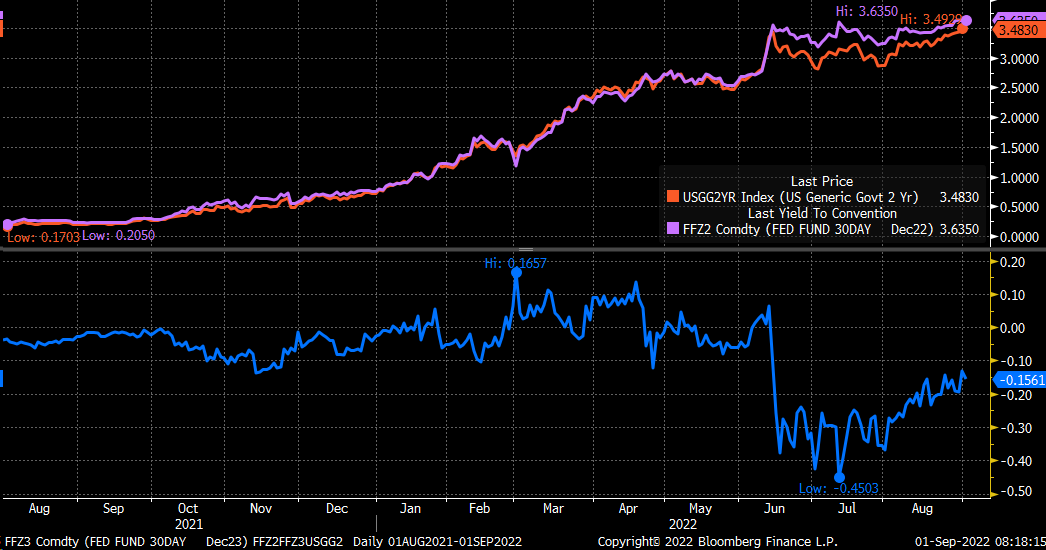 The 2-year had been trading in line with the December 2022 Fed Funds futures contract for some time. But that link broke in the middle of June, around the June FOMC meeting. That was when the market started to think about the rising chances of a recession and was around the time that the 2-year started trading more closely to the December 2023 Fed Funds futures contract. 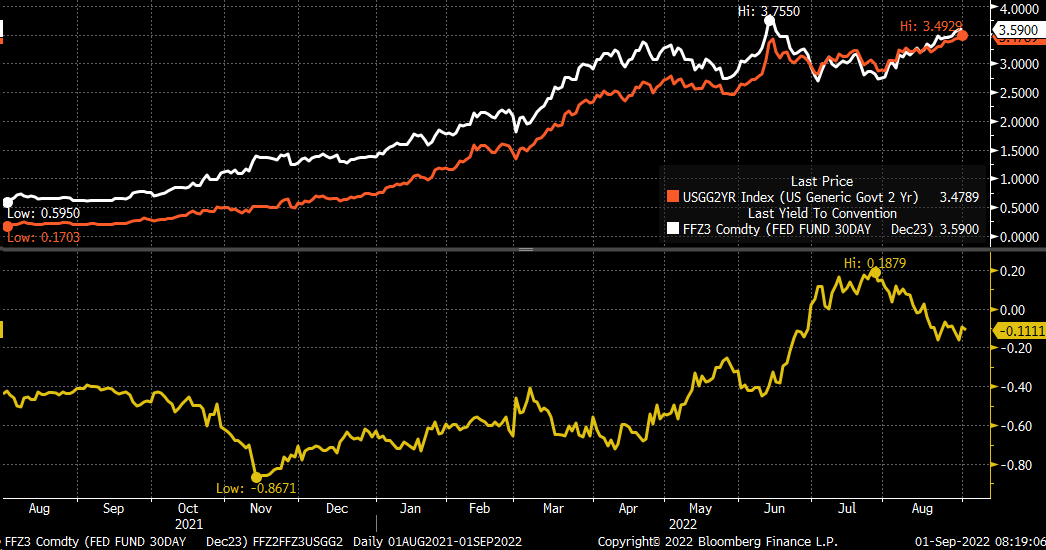 If the Fed intends to get rates towards 4% by the end of 2023, then it seems likely that the 2-year yield should move higher along with the Fed’s ambitions of higher rates.

Technical Analysis Suggests The 2-Year Could Rise To As High As 4.25%

This could indicate that the 2-year rate from a technical basis could rise to between 4% and 4.25%, which is where the next zone of resistance would be. The only thing that seems to be holding the 2-year from surging sharply higher is that the resistance level is around 3.45 to 3.5%. Once that level is breached, there will be very little to keep the rate from rising, and it could surge quickly.

If the Fed is sincere and intent about getting rates higher, to around that 4% level, and then holding rates there, it seems hard to imagine that the 2-year will not be trading at similar if not higher levels than that in the not to distance future. 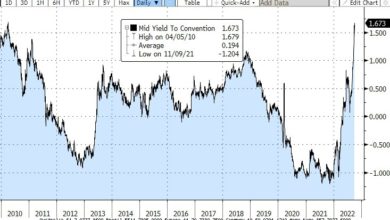 Fair Is Fair, And TIPS Are Almost There 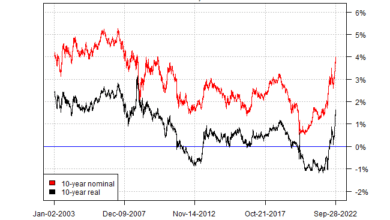 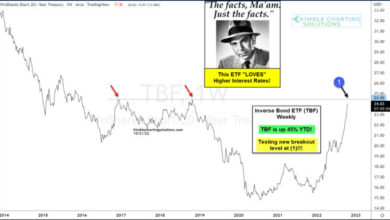