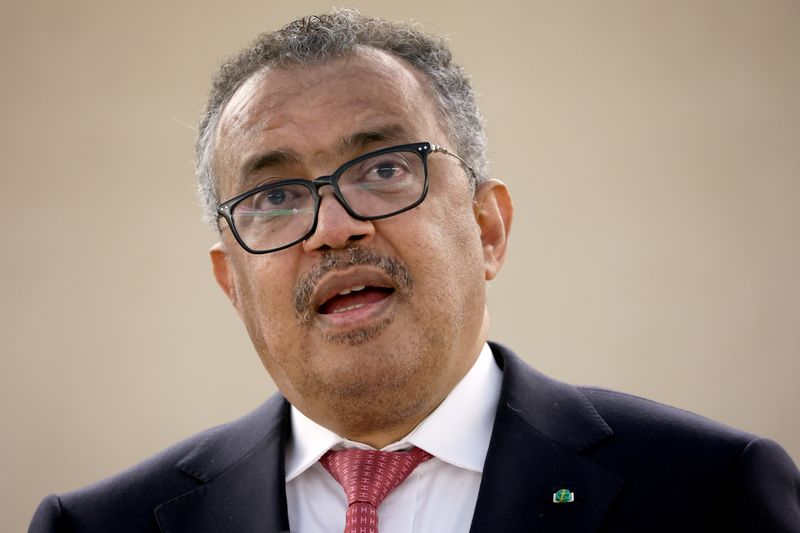 FILE PHOTO: Dr Tedros Adhanom Ghebreyesus, Director-General of the World Health Organization (WHO) speaks following his re-election during the 75th World Health Assembly at the United Nations in Geneva, Switzerland, May 24, 2022. REUTERS/Denis Balibouse

(Reuters) -The world has never been in a better position to end the COVID-19 pandemic, the head of the World Health Organization said on Wednesday, his most optimistic outlook yet on the years-long health crisis which has killed over six million people.

«We are not there yet. But the end is in sight,» WHO Director-General Tedros Adhanom Ghebreyesus told reporters at a virtual press conference.

That was the most upbeat assessment from the UN agency since it declared an international emergency in January 2020 and started describing COVID-19 as a pandemic three months later.

The virus, which emerged in China in late 2019, has killed nearly 6.5 million people and infected 606 million, roiling global economies and overwhelming healthcare systems.

The rollout of vaccines and therapies have helped to stem deaths and hospitalisations, and the Omicron variant which emerged late last year causes less severe disease. Deaths from COVID-19 last week were the lowest since March 2020, the U.N. agency reported.

Still on Wednesday, he again urged nations to maintain their vigilance and likened the pandemic to a marathon race.

«Now is the time to run harder and make sure we cross the line and reap the rewards of all our hard work.»

Countries need to take a hard look at their policies and strengthen them for COVID-19 and future viruses, Tedros said. He also urged nations to vaccinate 100% of their high-risk groups and keep testing for the virus.

The WHO said countries need to maintain adequate supplies of medical equipment and healthcare workers.

«We expect there to be future waves of infections, potentially at different time points throughout the world caused by different subvariants of Omicron or even different variants of concern,» said WHO’s senior epidemiologist Maria Van Kerkhove.

With over 1 million deaths this year alone, the pandemic remains an emergency globally and within most countries.

«The COVID-19 summer wave, driven by Omicron BA.4 and BA.5, showed that the pandemic is not yet over as the virus continues to circulate in Europe and beyond,» a European Commission spokesperson said.

WHO’s next meeting of experts to decide whether the pandemic still represents a public health emergency of international concern is due in October, a WHO spokesperson said.

«It’s probably fair to say most of the world is moving beyond the emergency phase of the pandemic response,» said Dr Michael Head, senior research fellow in global health at Southampton University.

Governments are now looking at how best to manage COVID as part of their routine healthcare and surveillance, he said.

Europe, the United Kingdom and the United States have approved vaccines that target the Omicron variant as well as the original virus as countries prepare to launch winter booster campaigns.

In the United States, COVID-19 was initially declared a public health emergency in January 2020, and that status has been renewed quarterly ever since.

The U.S. health department is set to renew it again in mid-October for what policy experts expect is the last time before it expires in January 2023.

U.S. health officials have said that the pandemic is not over, but that new bivalent vaccines mark an important shift in the fight against the virus. They predict that a single annual vaccine akin to the flu shot should provide a high degree of protection and return the country closer to normalcy. 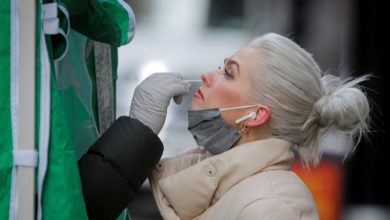 Biden says ‘the pandemic is over’ even as death toll, costs mount