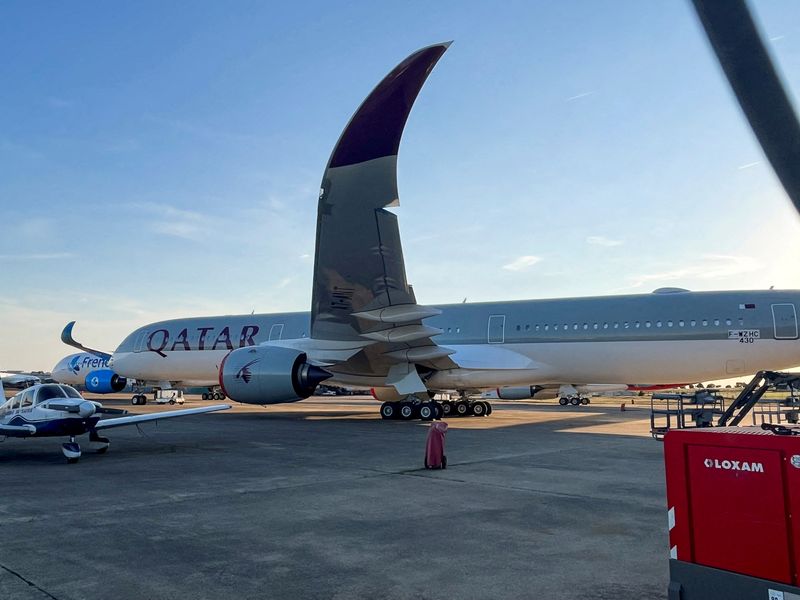 FILE PHOTO: An undelivered Airbus A350 built for Qatar Airways is seen in storage at Chateauroux, France, September 3, 2022 as Airbus and the Gulf carrier remain locked in a contractual and safety dispute. REUTERS/Tim Hepher/File Photo

LONDON (Reuters) — Airbus and Qatar Airways fought in court in front of Boeing (NYSE:BA) on Friday as a dispute over damage to A350 jets descended into a tug-of-war over confidential documents while the sums at stake in their unprecedented falling out topped $1.5 billion.

Boeing was dragged into the case for the first time as lawyers quarrelled over access to a preliminary contract for its 737 MAX jets — illustrating the domino effect on a $150 billion global jetliner industry from the rare London legal battle.

Qatar Airways is suing Airbus in a division of the High Court over damage to the painted surface and anti-lightning system on A350 jets, saying safety could be at risk.

The two sides must provide each other with thousands of pages of documents as their dispute — which has already altered the shape of planemaking competition — heads towards a rare London aerospace trial in mid-2023, barring a settlement.

The case has shone a spotlight on the inner workings of the jet market, including contractual details and the industrial playbook for preparing delivery of new jets.

The number of A350s grounded by Qatar because of surface damage rose this week to 28 out of 53 A350s in its fleet.

Airbus said last month it had revoked all remaining A350 orders from Qatar Airways.

Both sides raised the stakes again on Friday as they accused each other of foot-dragging over releasing documents. They are also urging the return of tens of millions of dollars of deposits to the airline and credit payments to the manufacturer.

In a counter-claim in February, Airbus asked Qatar Airways for $220 million in damages and detailed another $185 million of credits against future deliveries which it said had been paid in advance into three funds for the development of Qatar’s aviation sector as part of the original A350 deal in 2007-2009.

Airbus said in a summary of arguments ahead of Friday’s hearing that it was seeking reimbursement and had sought details from the airline on how the money had been spent. Qatar Airways did not immediately respond to a request for comment.

People familiar with the case said Qatar Airways was strongly arguing that the money had been invested as anticipated and dismissed discussion of the funds as a legal manoeuvre.

For its part, Qatar Airways accused Airbus of trying to bring European regulators «on side» by controlling what they saw.

It reproduced an internal Airbus email titled «Easy mtg» from the top A350 engineer asking colleagues to show the European Union Aviation Safety Agency (EASA) the worst damage, adding: «We need to damp the first impression they will have».

An Airbus spokesperson said this demonstrated a «warts and all» approach. EASA did not respond to a request for comment.

There was also a spat in court over access to emails of Qatar Airways’ high-profile chief executive Akbar Al Baker. The airline was ordered to start a search for relevant documents, subject to Qatari law, but was given six weeks to address security concerns over information held on government servers.

With the case attracting a growing army of lawyers, Boeing also marched into court 19 on Friday, putting both plane giants on stage with one of their largest buyers for possibly the first time outside air shows where jet deals get announced.

Boeing insisted it did not plan to get involved in the escalating dispute between its rival and its client.

But its appearance came months after the A350 dispute widened when Airbus revoked a separate deal with Qatar for 50 A321neo jets, arguing they were linked by a crossover clause.

Qatar subsequently ordered the Boeing 737 MAX and this catapulted arguments over the relative merits of the jets into court, with Airbus unusually saying the MAX was as good as the A321 in a bid to avoid being forced to build the jets for Qatar.

The airline has accordingly been ordered to hand over a preliminary version of the MAX contract to Airbus, but Boeing objected on Friday to Airbus internal lawyers seeing the data.

Daniel Loeb: ‘We have already seen the revenge of the value nerds…more to come’

Foxconn to use Nvidia chips to build self-driving vehicle platforms 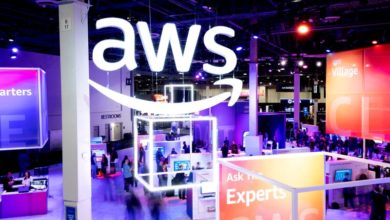 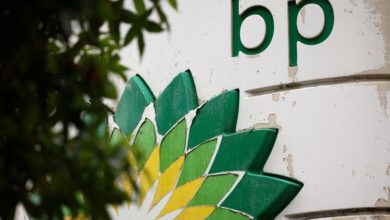