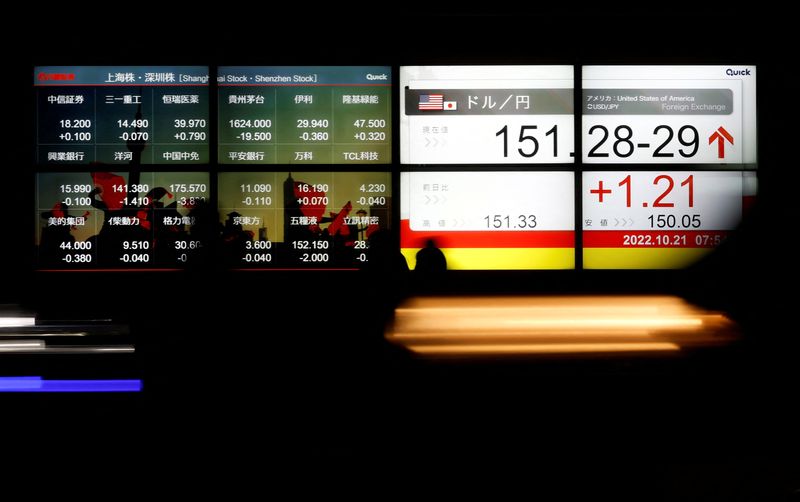 An electric monitor displays the exchange rate between the Japanese yen against the U.S. dollar along with Shanghai and Shenzhen stock prices outside a brokerage in Tokyo, Japan, October 21, 2022 REUTERS/Issei Kato

NEW YORK (Reuters) — The battered yen jumped against the dollar on Friday, triggering speculation that Japanese authorities may be in the market to stem a slide in their currency.

«It looks like the Ministry of Finance is intervening here. We are seeing lots of dollar selling and the yen moving almost vertically as shorts get squeezed,» Karl Schamotta, chief market strategist, at Corpay in Toronto.

«We are hearing large blocks are being traded. That typically means either larger institutions are moving money or that a central bank is intervening in size. The clearest evidence is just the scale of dollar selling that is happening.» 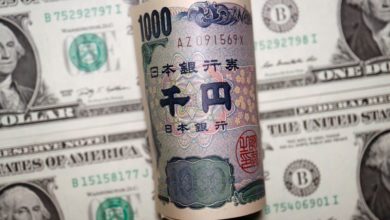 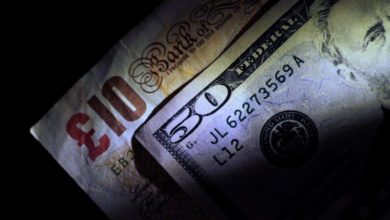