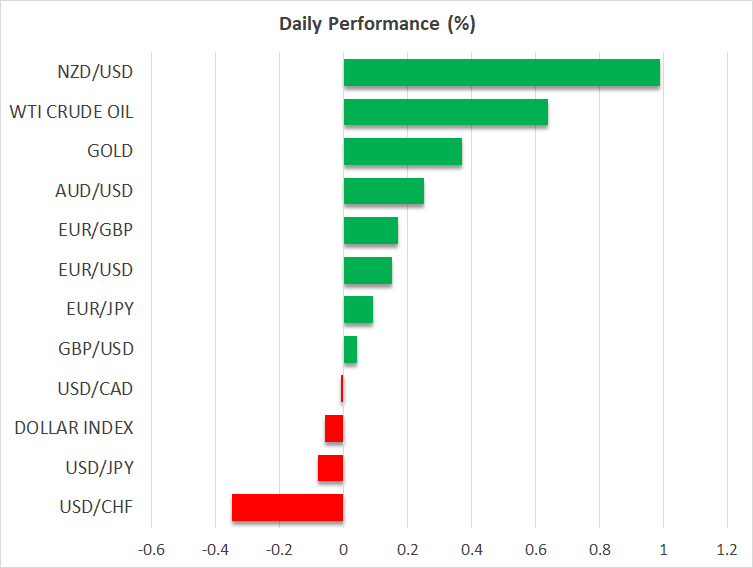 Japan’s currency crisis has snowballed into a total meltdown. The yen sliced through some crucial support regions like butter over the last couple of weeks to hit its lowest level in more than three decades against the US dollar, prompting another round of verbal intervention from Japanese authorities who warned they won’t tolerate sharp speculative moves.

Widening interest rate differentials lie at the heart of the yen’s troubles, as the Bank of Japan refuses to play the tightening game that foreign central banks like the Federal Reserve have spearheaded. This rate dynamic, alongside a trade surplus that evaporated as global power prices surged, have stripped the yen of its safe-haven qualities.

Threats of FX intervention have fallen on deaf ears. Market participants are wagering that such unilateral moves won’t have a lasting effect as long as the underlying force of interest rates is working against the yen. The government might still pull the trigger in an attempt to defend the 150 region in dollar/yen, but judging from the last intervention episode, that might only delay the inevitable.

Instead, the yen’s best shot at a sustainable turnaround lies with Friday’s inflation report, in case it fuels speculation for an eventual policy shift by the Bank of Japan. In the absence of that, the yen will remain at the mercy of any moves in global yields.

A semblance of order has been restored in British markets following a stunning turnaround from the newly appointed chancellor, Jeremy Hunt, who ripped up most of his predecessor’s disastrous budget plans. Hunt scrapped almost all the tax cuts the government announced last month and resurrected plans to raise corporate taxes, plugging the hole in public finances that nearly sparked a financial panic.

Government borrowing costs retreated after this fiscal change of heart, and some reports that the Bank of England might delay the outright sale of bonds it had planned for later this month helped brighten the mood further. That said, the pullback in UK yields hasn’t been as dramatic as these announcements would suggest, signaling that some stress is still lurking beneath the surface.

With both the British government and the Bank of England in damage control mode, sterling staged a fierce comeback yesterday. As this budget fiasco fades into the rear-view mirror, the pound could resume its role as a proxy for global risk sentiment, reasserting its connection to equity markets.

Another puzzling rally on Wall Street has left investors bewildered. The tech-loaded Nasdaq rose by 3.5% yesterday and futures point to another round of solid gains today. Some traders attribute the sharp moves to the relief in UK markets and early signs that the earnings season won’t be tragic, after the biggest US banks played up the health of the consumer.

However, it’s difficult to trust this rally. Valuations remain disconnected from macro fundamentals, not reflecting the risk that earnings estimates for next year might be axed as Europe and China grapple with their respective energy and property crises. Another red flag is that US bond yields continue to hover near their cycle highs, blocking any sustainable advances in equities.

Elsewhere, the New Zealand dollar enjoyed a boost following a surprisingly hot batch of inflation data that stoked expectations for RBNZ rate increases. Of course, the most important driver for the kiwi will be the performance of the Chinese economy, which seems to be losing power.

The government inexplicably delayed the release of GDP data this week, probably worried it might steal the thunder from the Communist Party Congress. It also instructed state banks to defend the weakening yuan and encouraged companies to ramp up share buybacks, none of which is a sign of a booming economy.